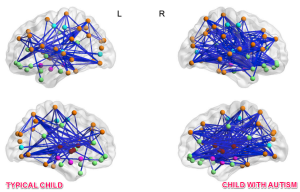 No long post this week. I am taking time to do some site maintenance, add new pages, and clean-up some formatting issues.

In the mean time—I do wish to share an interesting study.

ScienceDaily recently covered a study revealing connections between consciousness and brain function. Psychologist at UCLA studied brain images in order to discover what happens as we enter an unconscious state.

“It turns out that when we lose consciousness, the communication among areas of the brain becomes extremely inefficient, as if suddenly each area of the brain became very distant from every other, making it difficult for information to travel from one place to another,” Monti said.

Their evidence points to consciousness, not as a function housed in any particular location, but as a product of activity and interactions between different areas of the brain.  The traditional theory places the thalamus—the deep, central compact portion of the brain—as the relay center and main component of the conscious mind, relaying signals between the different functional areas of the outer brain, known as cortex. Instead, activity during consciousness seems to flow across and within the various cortex, and the efficiency of the network, and of information processing, affects the functional level of consciousness.

What does this mean? It may help neuro-scientists detect the effectiveness of treatments and interventions, by analyzing the functional efficiency of information flowing across the cortical brain. The area requires a lot more research, but the UCLA team seems to have at least discovered an important aspect of the conscious mind.

Look for NEW posts every MONDAY!