GETPSYCHED: AN INTRODUCTION [3/5]
EXAMINING THE HUMAN CONDITION, ONE EVIDENCE BASED STUDY AT A TIME 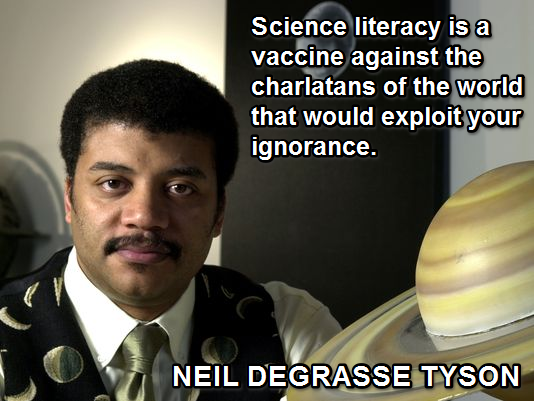 Thousands of blogs serve as personal journals, mere extensions of Facebook and other social media. Others offer op-eds, or attempt to communicate information, but provide expositions with inconstant or inaccurate information. One downside of instant access though: the death of journalistic integrity, and scientific journalism.

Efforts to capture an ever distracted and fleeting audience lead to misrepresented or inaccurate information. While the intent is not always to deceive, forgiveness and correction falls on def ears, as readers follow focus on new information, and follow click bait from the original misinformation.

I hope to distinguish GETPSYCHED from the many thousands of blogging sites by providing consistent, relevant and accurate information. Posts will examine psychological topics from varied sources, though a science-based perspective. GETPSCHED begins a journalistic blogging endeavor: my attempt to provide an objective voice, and present contemporary research, issues and interests within my field.

Journalistic development and integrity declined as the internet provided platforms freely and quickly delivering information—often in real-time. In order to remain relevant and retain readership, journalists and reporters needed to adapt, they needed to be quick, be first, and to do so requires a disregard for accuracy. Haste makes waste by severely limiting fact-checking.

Scientific journalism followed suite, also restricted by staffing reductions. Once writers clearly communicated objective, detailed information of scientific research. Today, many “science journalists” will rewrite press releases for technology and scientific studies, and fail to vet information in order to save time. Quick posts prevent journalists from becoming lost in the continuous stream of information, and allows them to best capture the ever shrinking attention span of their reader-base.

Traditionally, science journalists develop a narrative of a scientific endeavor, clearly illustrating the process and information to a public audience of non-experts, and providing the source of the information and examining the validity of the topic. In addition to hasty releases, many science journalists today also ignore evidence—or their sources’ lack of evidence or evidence-based procedures. They develop a contrived  narrative. Their subject is no longer the science. To reach a wider audience of less-informed individuals, many articles present mislead or misrepresented information on their subject, and relay extraordinary claims. Journalists present unbalanced information and focus on human interest, maverick practitioners with miracle cures, and extraneous warnings. Journalists highlight practitioners relaying personal, anecdotal experiences about treatments or disease, who develop unfounded causation, and disregard current consensus or the need to develop future empirical research testing their claims and personal observations.

Steven Novella, a Yale academic clinical neurologist, science communicator and skeptic, writes about his interaction with a such a journalist on his blog, Neurologicablog . The journalist in question published an article about a newly developed therapy for brain injury. This journalist, traditionally a sports writer, presented the information with an unbalanced narrative. He explains, in depth, how the developers of the treatment believe their treatment works. He discusses the patients’ anecdotal reports of success. He fails to adequately inform readers that this potential treatment still requires extensive research, proof of effectiveness, and FDA approval.

Rather than providing a vector for public discovery of new science, mass media agencies convey validity of untested therapies or previously unrecognized “dangers” from common items or behaviors. They sensationalize perceived dangers, increasing fear, misunderstanding, and superstitions. These services often attempt to attract viewers though hyperbole.

“Tune in later! Find out what common household item could be killing you right now!”

A few months ago, I was watching the local evening news. The health report featured the “a dangerous new trend with a common household item.” The report featured a young woman with breast cancer, and her physician. This woman was diagnosed at twenty-one, an unusually young age for a breast cancer diagnosis. Like many women her age, she used her bra to carry her cell phone. The young woman and her doctor believe carrying her cell phone in her bra contributed to her illness. A summary of the report can be found here: http://www.wrcbtv.com/story/22910787/pa-woman-convinced-keeping-cell-phone-in-bra-caused-breast-cancer

Shortly after, I noticed posts of this report on Facebook and videos on YouTube. The news presented an unbalanced narrative, and warned women of the risk of carrying a cell phone in their bra. The opinions of other experts were not discussed. They failed to mention that extensive studies presenting no relationship between cancer and cell phone use. The report failed to report other reasons a person may develop cancer at such a young age. Was this young woman genetically predisposed? Did she express genetic mutations on one or both of the BRCA genes? Was she exposed to other environmental factors previously recognized and indicated as a contributing factor in the increase or occurrence of breast cancer?

Her  doctor attributes this unusual occurrence to an extraordinary claim. His only other evidence: one other patient that also carried her cell phone in her bra. Using reason, if that same doctor has treated hundreds of other patients with breast cancer, and these patients did not keep their cell phones in their bras, perhaps instead, carrying a cell phone in your bra prevents cancer?

The focus of scientific journalism should be the science. Presenting unsupported therapies, danger, and “mavericks authorities” encourages superstition and misunderstanding. Perhaps a greater danger, inaccurate reporting provides an enhanced volume and even grounds for unsubstantiated information, ideas and arguments. It muddies public perception of science, and lifts pseudoscience to an equal footing.

Science journalists should focus on the science, and at least construct a narrative relaying accurate information. Studies should be examined for their importance to society, future research, or generalized impact. They should increase public awareness of research, examine potential applications of developing science, and question claims requiring further research.

Like science communicators, science journalists should enable public awareness of science. Journalists should fact-check, understand their subject, and be aware of speculation. They must provide a balanced report and examine areas of weakness in design and evidence. Traditional and long-form journalism provides a platform for analysis, fact-checking and independent interpretations on a subject or narrative. GETPSYCHED will provide a more traditional journalistic styling. Quality of information supersedes speed of delivery. Posts examining research will critically analyze the information provided and the information not provided. Posts will discuss the impact of future research, and examine other areas and issues from an evidence-based perspective.

STAY TUNED and GET PSYCHED!

One thought on “GETPSYCHED: AN INTRODUCTION [3/5]”