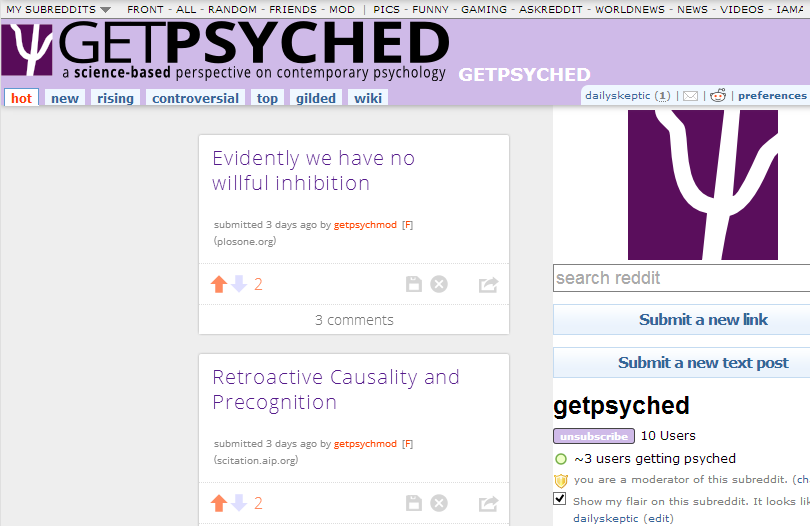 There’s a lot going on beneath the surface of GETPSYCHED!

Over the weekend we launched the official GETPSYCHED sub-reddit at (www.reddit.com/r/getpsyched)!

The sub-reddit serves a dual purpose. It will serve as the site’s forum, and an extension of the GETPSYCHED blog, as well as, and independent site, providing different content in addition to content from the main site. The new content will maintain the same narrative of GETPSYCH, examining current psychological research from a science-based perspective.

We encourage criticism of current trends, and articles,  through fair, skeptical debate. Also, subscribers may suggest topics, post their own links for discussion, or ask a question of blog and sub-reddit moderators.

The Resources page is currently in development, but will serve as a landing page for information utilized by blog posts, with a brief description of the information, and links to other pages hosted on GETPSYCHED.

Blog posts will directly link to various positions on the resource page, in order to provide clarity when discussing various

The first published site information is an explanation of logic, and logical fallacies.

STAY TUNED! Check out the new additions, and look for more over the next couple weeks!